A collection of cool stuff and lesser known facts on Rhino & Grasshopper you might or might not know.

# Explain NURBS to me

Go and see this wonderful explanation: «Nurbs is just an acronym» 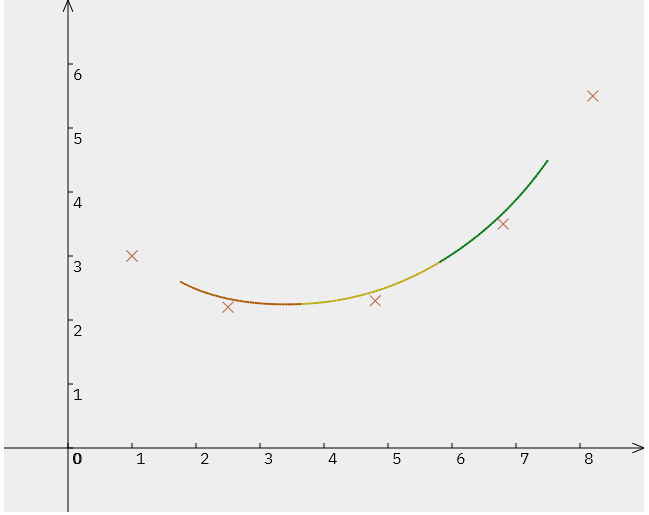 Ever wondered what the specials chars in commands meant? Or are you always forgetting?

What are they? How are they important? Do I have to do anything?
All those questions are perfectly answered in the McNeel Wiki.

Rule of thumb:
Use a tolerance setting one order of magnitude tighter than (1/10 of) your smallest modeled detail.
In general keep the absolute tolerance setting in the range of 0.01 to 0.0001. Never set it below 1.0e-5 – chrashes might occur and you pay with slow computing speed. If you need a tighter tolerance, use smaller units instead.

Every so often you are in need of finding the layer the object is in – i.e. it’s precise location in the layer tree. Of course we can see the layer name of the selected object in the statusbar, but when working with many (and possibly similar named) layers this information alone is sometimes not enough.
With the wanted object selected go to your layers panel and click on the hammer icon, then choose “Select Object Layer”. Rhino will unfold the layer structure for you and and highlight the right layer.

To change the layer of the selected object(s) click on the layer name in statusbar and choose another layer.
Since this pop-up is actually a full-fledged layer manager you can also set your current layer (when no object is selected), or hide/show and lock/unlock layers.

Often enough you want to disable a whole layer based on your selection. But going into a deeply nested layer tree is hard, so just use _OneLayerOff.

# Too many layers to handle?

Try the layer state manager. It will save you tons of time of hiding (and showing) certain layers.

Take advantage of the possibility to assign a display mode to an object via _SetObjectDisplayMode. 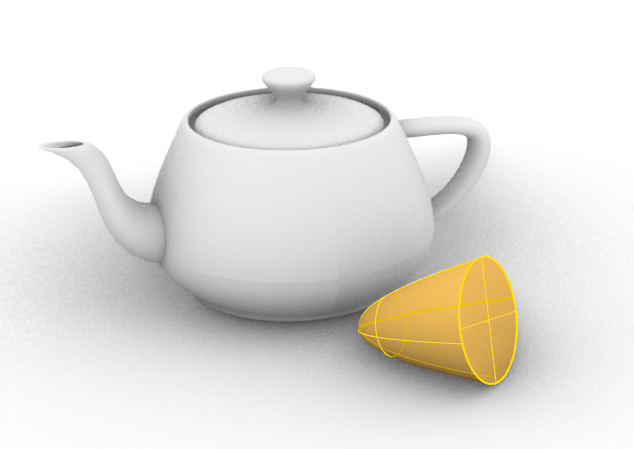 Right-mouse click on an osnap filter in the panel to check that one and uncheck all the others. Right click again to restore the state before.

Long-press LMB on an object to drag and Rhino will find the closest snapping point and use that one while dragging.

Hover your mouse over a point during a command and press Tab to lock the current angle.

While using a drawing command like _pline, you can choose a relative angle to your point by typing in <angle. For example: <35

When drawing a polyline ctrl + click on your previous point to draw vertical regarding the Cplane.

Everybody knows shift for constraining objects orthogonally on plane; use shift + ctrl and you can lock it vertically.

When prompted for a second point you can also just type in a distance and enter. That constrains the distance from the first point. Then click on something in the correct direction and you’re done!

While many operations unselect objects that have just been created or modified, _SelLast gives an instant access to them.
(Mind that the default option DeselectOthersBeforeSelect is set to Yes. Having changed it once the option will stick.)

_SelectionFilter gives you a dockable menu which let you omit whatever geometry types you want from being selected.

When selecting in dense environments, you often want to select around something, but then once clicking to drag your selection window, it already selects something and you end up dragging geometry instead. This can be avoided using the alt button while making the selection.

When Rhino prompts for a “next point”, typing .x, .y or .z (or even combinations like .zx) constrains the following point input to that coordinate type. Very useful when selecting points in different viewports. 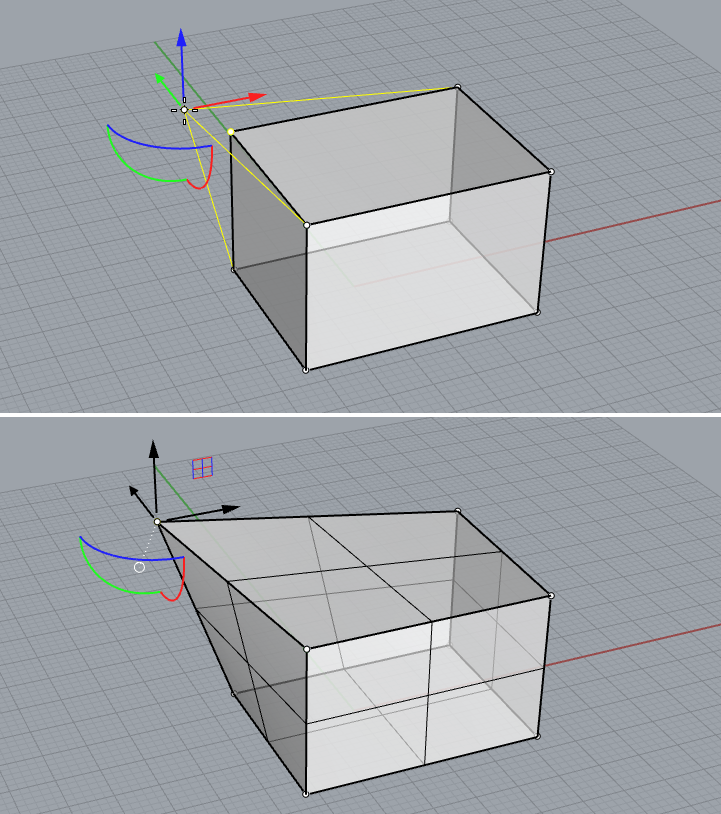 … with _MoveUVN. Works beatifully with _SelU and _SelV.

# Surfaces want to be one

_MergeAllFaces command to turn coplanar polysurface faces into one face.

_MergeSrf command to join surfaces together without making a polysurface (makes a new single surface, even if surfaces are not co-planar; works only with untrimmed surfaces).

If you use the _RebuildEdges command it will restore the original trimmed or non-trimmed edges of a surface. This will vastly reduce the amount of newly added control points of most surfaces that are extruded from- or matched to the surface with rebuilt edges.
You can use this macro with polysurfaces:

… and beyond. Use _IPlane (alias ip) any time you need a plane – to trim with, intersect, Boolean operations, etc. You can even _FilletSrf to an IP!

Use shift + ctrl + left click to select the faces or edges of polysurfaces. You can then use the gumball to move/scale/rotate the selection.

Press alt, then drag gumball arrow to make a copy.

Shift + drag gumball scale box to scale in all directions.

Scale numerically with a value of 0 in one axis using the Gumball to get the same result as _SetPt_.
Use -1 for fast mirroring in place.

Ctrl + shift click on an object in a group to select that single object without losing the group.

# They see me rollin’

Ctrl + shift + RMB-drag rotates the camera around the cursor (as long the cursor is hovering over any geometry).

When spinning the view with RMB-drag, press/hold shift to limit spin to dominant initial rotation axis.

# Perspective is the way to go

With _OneView you get dynamic CPlanes in your perspective viewport.

If you’re projecting your drawing and want to set it to a specific usable scale, you should set your scale (monitor dependent) via _Zoom1To1Calibrate.

With _ShowZBuffer you can view a z-buffer output in your viewport. Use the command again to exit the view. Sadly there is currently no way to set a custom render distance – it will be calculated automatically based on the geometry in your scene. 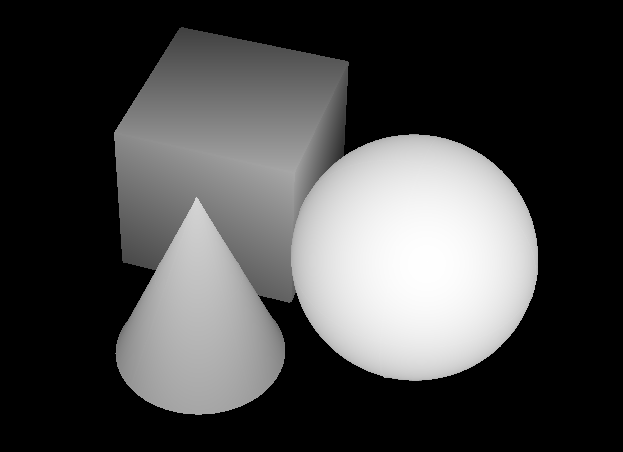 Sometimes it might be necessary to see the render mesh of an object. You could achieve this by typing in _ShowRenderMesh, but a better way is the command _ToggleRenderMesh. This way you can use the same command for showing and hiding the render mesh. Both commands are not available by menu or toolbar, so it might be helpful to create it.

To get a ‘physical’ access use _ExtractRenderMesh, which gives you, well, the polygonal render mesh. This also works on any applied render mesh properties, like Thickness.

Because you want it. _GradientView

See on the McNeel Wiki

# What are your favorites?

Find your favorite commands in this session with _PopUpPopular.

Use _Turntable to let your camera rotate around your scene. Only thing missing: some sick beats.

Easteregg: Elmo is still a valid alias for _Rebuild.
(Why? Because it makes objects soft and friendly…)

Read on the McNeel forum

The famous ‘Data Trees Masterclass with David Rutten’ is highly recommended to watch.

Also have a look at this wonderful PDF made by Andrew Heumann from which the following figures were taken: 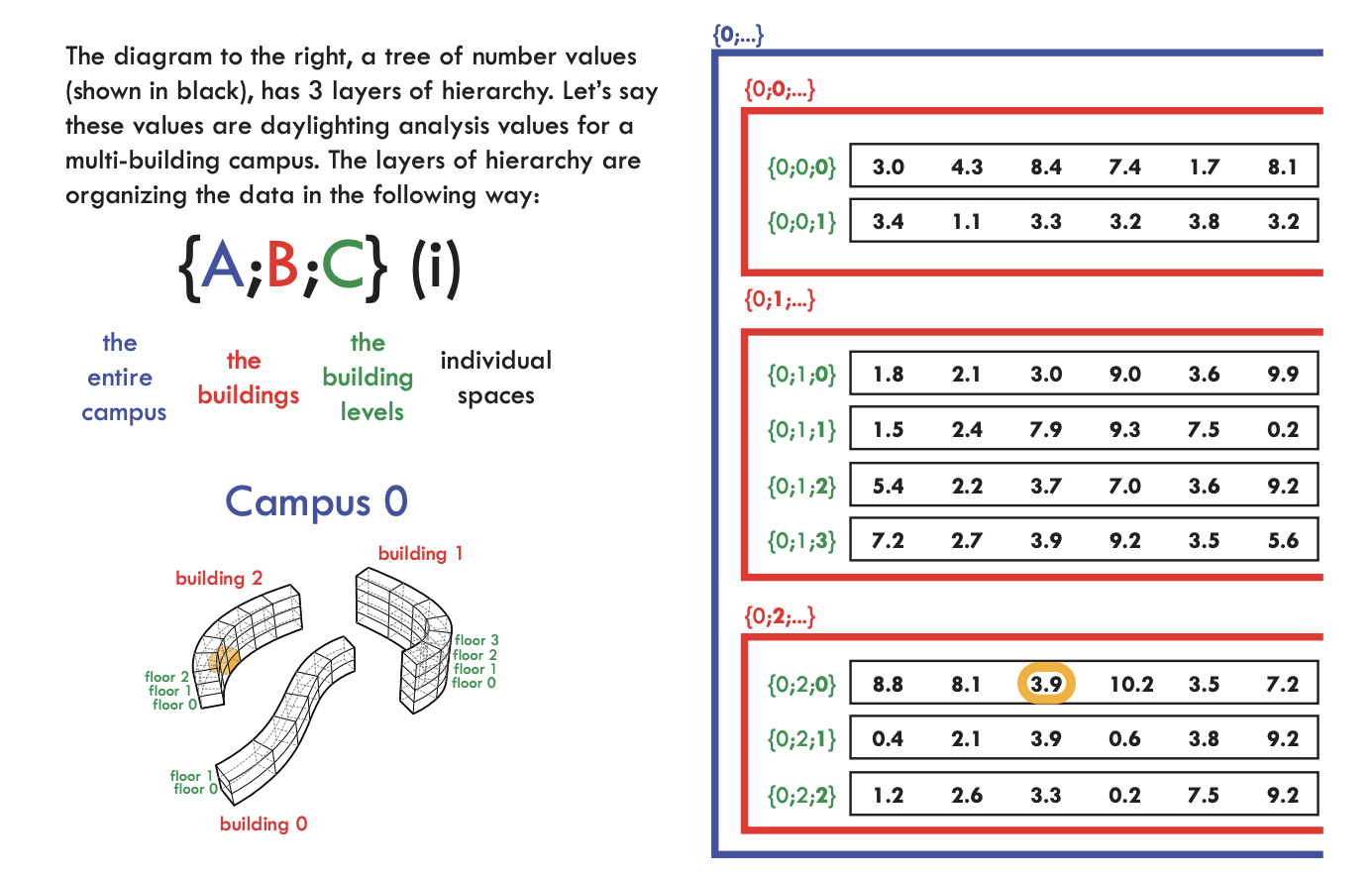 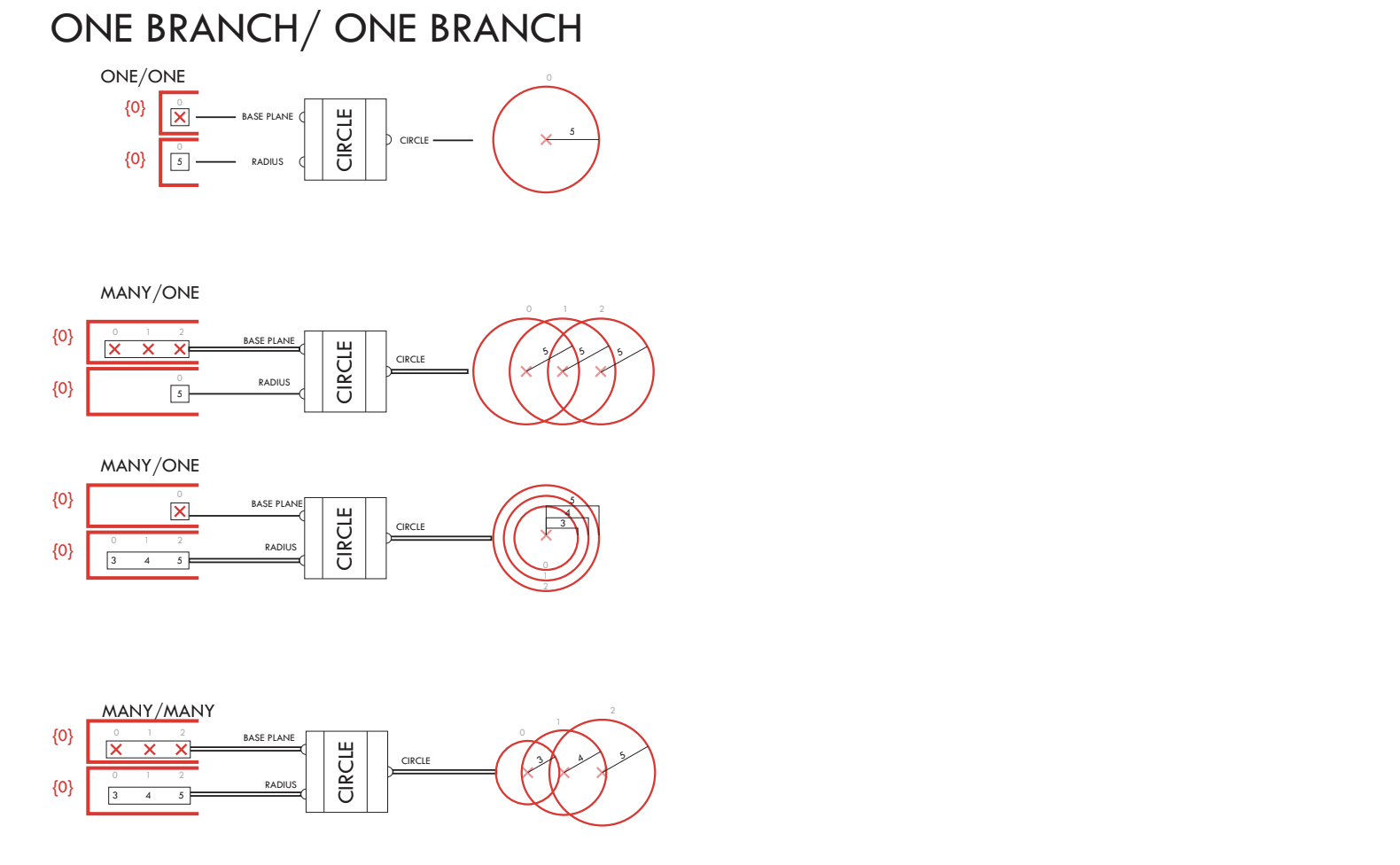 … is the title of a new book by Rajaa Issa from McNeel. You can get a digital copy for free over here! 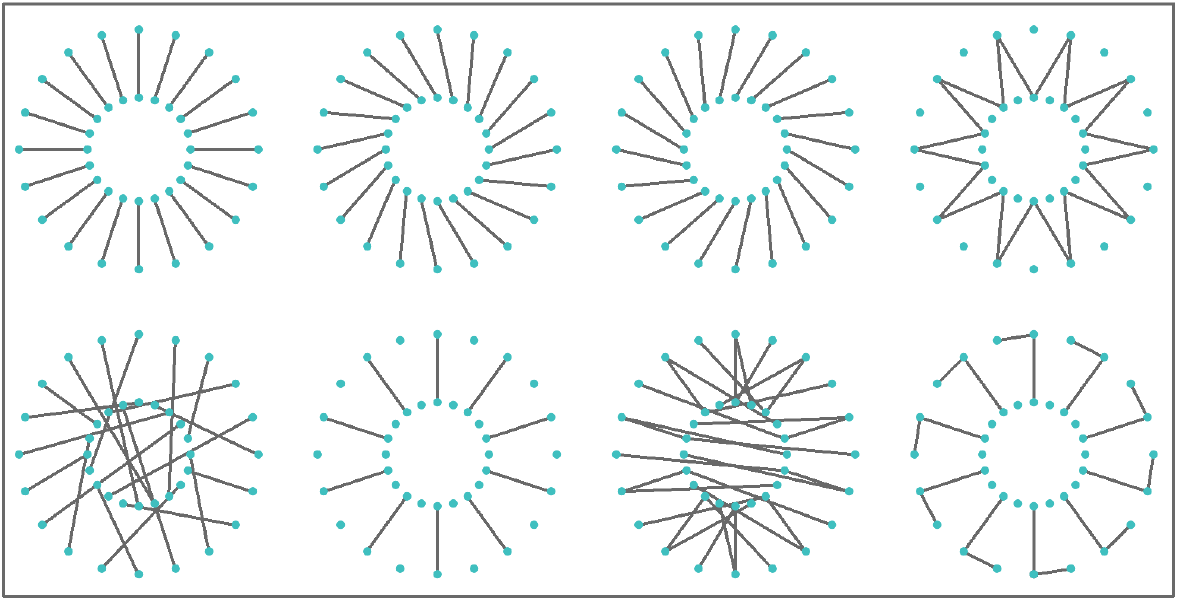 If you see a component where you don’t know from which tab it came from you can ctrl + alt left-click it. Grasshopper will happily show you the location: 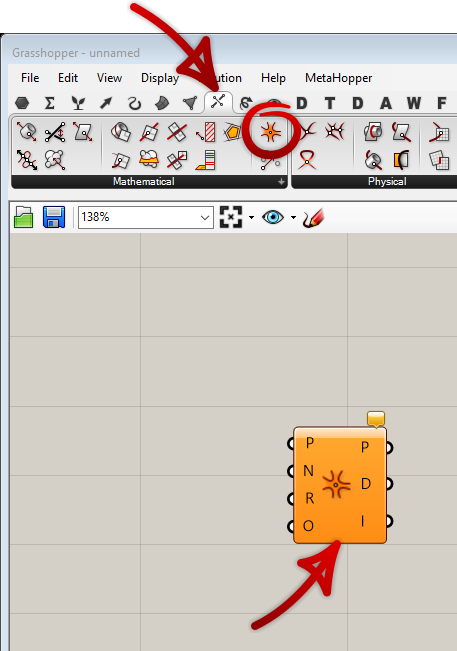 A short recap of the possible input and output modifier in a Grasshopper component.

The double click popup window for inserting components accepts a number of different input formats. If you provide a plain component name (or the abbreviation or a word used in the description) then you will see a list of potential matches, sorted from most relevant to least relevant: 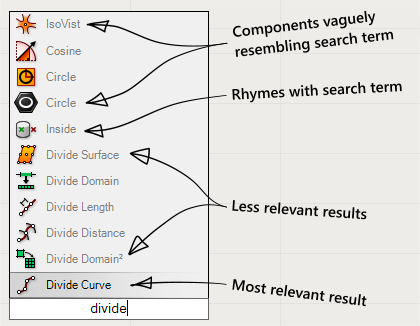 Some components and objects support initialisation codes, which means you can assign certain values directly from the popup box. You can do this by adding an equals symbol after the name and then the value you wish to assign. For example, the [Curve Offset]

component allows you to specify the offset distance via the popup box by typing =5 after the offset command: 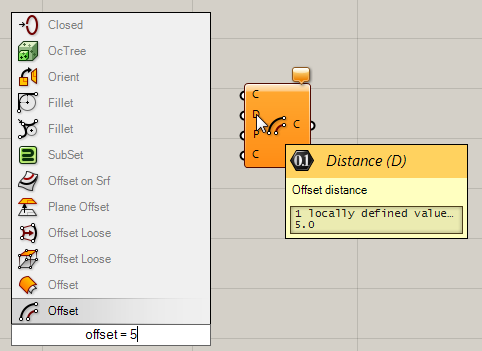 When enabled in the right-click menu of a panel, special character combinations in curly braces will be replaced by other characters. (_Note: ‘Multiline Data’ must be off.)

The attached file shows all predefined mapping pairs. This data is always up to date as it is harvested directly from the panel API itself.
Panel Mappings Gh example file

If you haven’t already used the “Geometry Pipeline” component in Grasshopper, you should start doing it!
The geometry pipeline is a link to the opened Rhino doc which lets you auto-reference any geometry. It pipes your geometry into Grasshopper, based on type, name and layer filters.
The notation for the filter is Regex-style and case sensitive. A double colon :: is used to get into nested layers.

The following rules will work with the [Path Compare]

Imagine we have the following data tree, containing a bunch of textual characters:

There are a total of four branches {0;0}, {0;1}, {1;0} and {1;1}. The first branch contains all the vowels that are part of the standard English alphabet. The second branch contains all non-standard vowels and branches three and four contain the standard and non-standard consonants respectively.
So what if we want to select from this tree only the standard vowels? Basically include everything in the first branch and disregard everything else. We can use the [Tree Split] component with a selection rule to achieve this: {0;0}
This selection rule hard-codes the number zero in both tree path locations. It doesn’t define an item index rule, so all items in {0;0} will be selected.

If we want all the vowels (both standard and non-standard), then we have several options:

Conversely, selecting all standard vowels and consonants while disregarding all non-standard character can be achieved with rules as follows:

It is also possible to select items from each branch in addition to limiting the selection to specific branches. In this case another rule stated in square brackets needs to be appended:
{0;?}[0 to 2]
The above rule will select the first three vowels from the standard and the non-standard lists.

Basically, rules work in a very consistent way, but there are some syntax conventions you need to know. The first thing to realize is that every individual piece of data in a data-tree can be uniquely and unambiguously identified by a collection of integers. One integer describes its index within the branch and the others are used to identify the branch within the tree. As a result a rule for selection items always looks the same:

All in all it’s very similar to the [Path Mapper]

Furthermore, it is possible to combine two or more rules using the boolean and/or operators. If you want to select the first five items in every list of a datatree and also the items 7, 12 and 42, then the selection rule would look as follows: {*}[(0 to 4) or (6,11,41)]

The asterisk allows you to include all branches, no matter what their paths looks like.

If you need to plug in one wire into multiple components you can do so by right clicking instead of releasing the left mouse button when plugging in a wire. See also this short video by David Rutten:

# What does the red wire do?

You probably already asked yourself what the red wire does in Grasshopper when you accidentally pressed Alt on your keyboard while wiring components.
The answer: it names relays and also other inputs!
(Note: at least for me the behaviour is bugged and you need to do this twice, bevor the name gets auto propagated.) 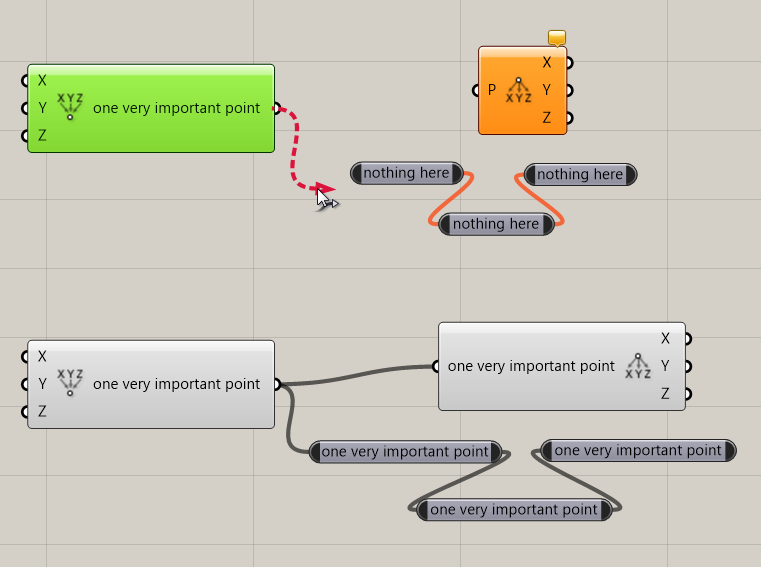 # Code in your editor of choice – Run in Grasshopper

Right click into the GhPython component and choose “Show ‘code’ input parameter”. Now using a “File path” primitive and the “Read File” component we can feed the python component with some external source code.

If you want to have autocomplete in your editor, you should have a look at the awesome “Ironstubs”. It’s usable in Atom, Sublime Text, Vim and Visual Studio Code.

# Have IO descriptors in python 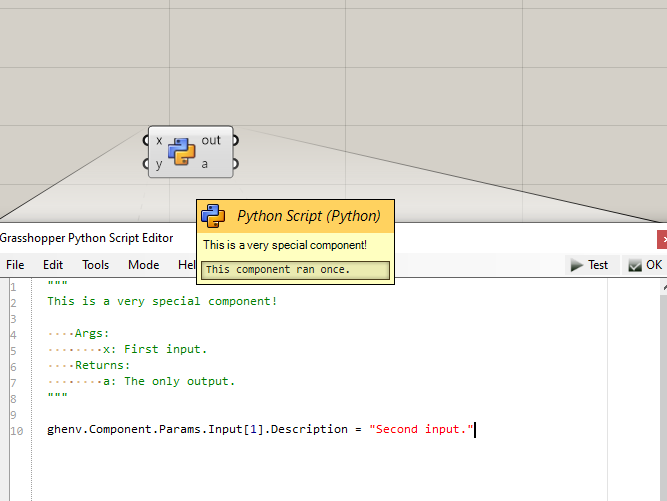